At the beach with her aunt and uncle 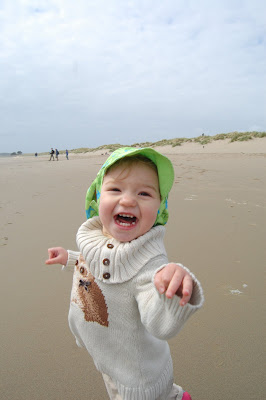 Riley enjoyed Point Reyes with her aunt and uncle almost two weeks ago, we had a blast picnicking and Riley enjoyed all the running around near the surf. 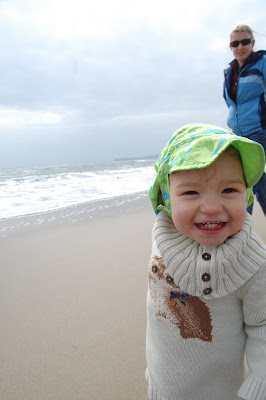 Mitt keeps on rockin' in the free world 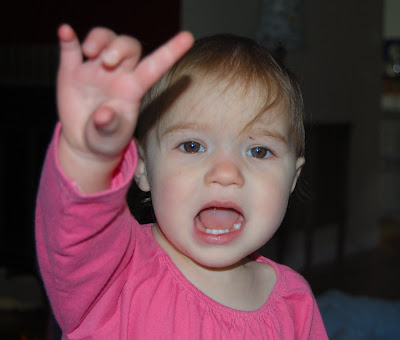 or maybe she's just upset about teething pain. Not quite sure what's she's doing here.
Posted by kcy at 12:13 PM No comments: 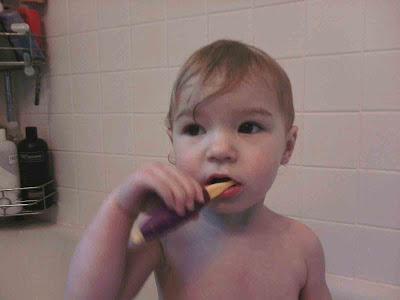 and brushing her own teeth!
Posted by kcy at 8:19 PM No comments: 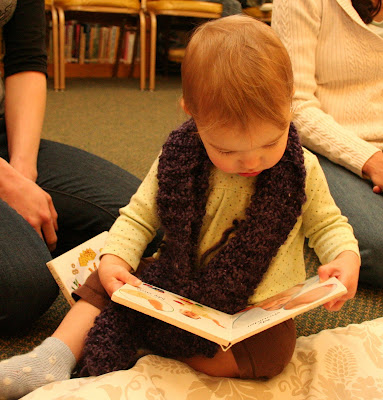 Riley sits still for a brief moment at Friday's mom group. Shortly after this she learned how to open the door and run out to the parking lot. She tried this over and over until I got too tired of chasing her and went home. 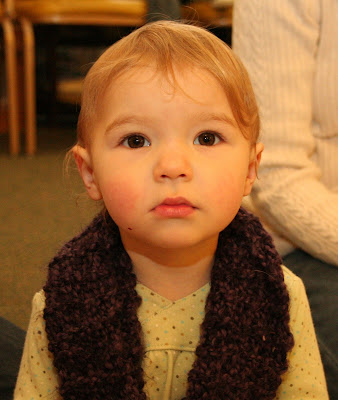 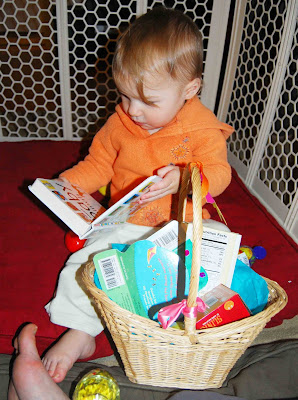 Sadly, the photos I took of Riley collecting eggs in her cute dress, before the rain started, did not get saved to a memory card on my camera.

I did, however, get some photos in crummy lighting, of Riley opening her basket on Easter night.

The slinky was a big hit, as were her three books and the cereal and freeze-dried fruit in Easter eggs. I gave Riley two Peeps in a yellow egg, figuring that an Easter basket is just 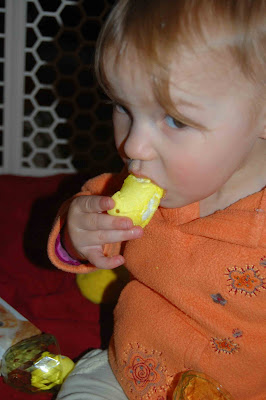 not festive without Peeps! Well Riley tried a tiny nibble and then was confused and a little grossed out. She discarded the Peep and threw it to the dog, the dog sniffed for awhile and also decided that a Peep was not edible. I had to throw them away! 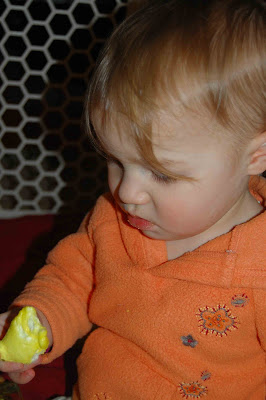 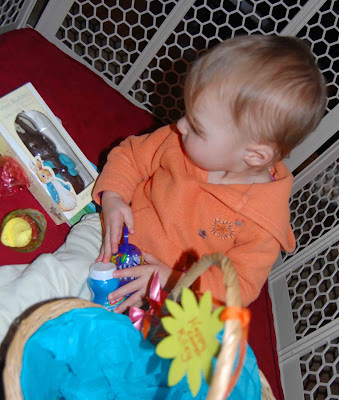