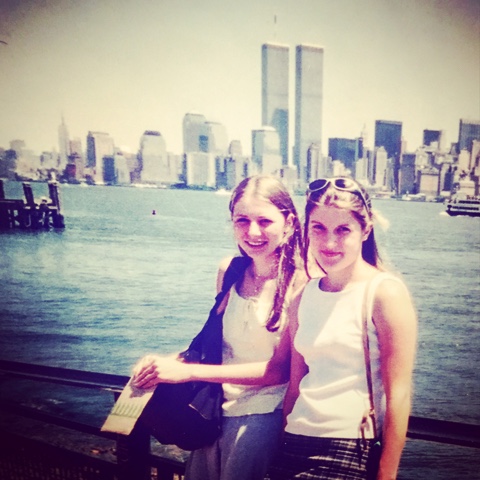 This was the day that I saw Manhattan as it used to be. This photo is almost 15 years old. We were super young teens driving through the city and the very next year we would have plane tickets to be in NYC on 9/11/11 - but ultimately those tickets got switched and a subsequent flight to New York on 9/12/11 never happened either. A lot has changed and it feels quick in that amount of time, and yet sometimes it seems as if our nation has lost sight of what we could do together out of the pain in this circumstance. There's loud debate on immigration so much use of slanderous terms to further divide and dehumanize people from almost any sector, culture and background.
Earlier this week my older daughter began to ask me some explicit questions about the 9/11 memorial in town. She's seen it in prior years and was satisfied by being told they were American flags. But now she has read books with me about other flags, part of a book about how we all have a heritage. She picked out several flags that were her favorites (Qatar, Brazil, and Iran). So this time she asked me why the flags were there now. I leveled with her saying it was to commemorate a very sad thing that happened and so many people died because of it, a lot of it happened in New York. But, she wanted to know....what was EACH flag was for? (There's a flag for every single person killed that day, it's quite sobering visually). I told her that each of those flags represents an American who died during that very sad event.
I didn't go into any more details, or use any other descriptors, but I told her that I believe it's important that we not hold hatred in our hearts for other people because they are different. That because of this sad day, it's important to work to understand others and learn what shapes their view rather than giving them a label.
I am not prepared to talk about these complex realities that defy logic, but I think we owe our kids a world in which we engage in thoughtful talks with other cultures, nations, and people all sides of political debates and religions before we go out and label anyone not "with us" as a "terrorist".
14 years ago our country lost so many things and moms, dads, sons and daughters that were irreplaceable and we found a uniting vision to help one another and see past the superficial differences and utilize the Internet as a tool for fundraising to help people we don't even know in their darkest hour. I hope we can feel the connection with others and use this day to work together, have the difficult discussions in a responsible way and keep our perspectives grounded. Our kids deserve to know a nation and world where we can view others with empathy, open hearts and open minds. There's so much at stake. Never forget. 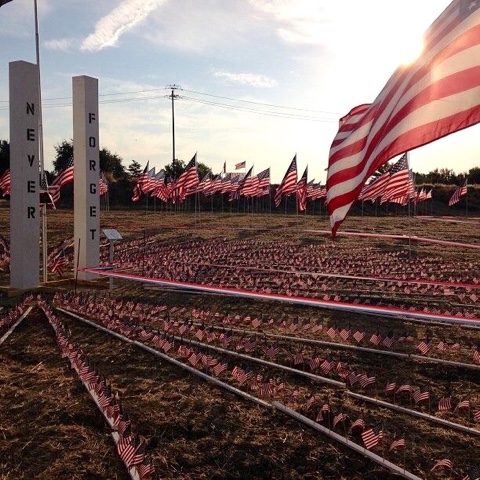 Why Girls with Autism May Often be Overlooked

A new study by Stanford Medicine supports what parents have long known. Autism manifests differently in boys and girls. It's important to note that this study found that girls were 3 times less likely to display clinically significant repetitive behaviors than boys.

Unfortunately under DSM5, this means many of these girls will not get properly diagnosed and may be labeled as having "social communication disorder"—a new diagnosis, for which there is no validating science or services. Conversely, the same gender differences suggest many boys may be over-diagnosed. I believe that fully understanding these subtitles is imperative to closing the gender gap and providing all our children with accurate information and access to appropriate services for skill development and self empowerment.

Girls and boys with autism differ in behavior, brain structure

"... Clinicians may want to focus diagnosis and treatments for autistic girls differently than boys."