Serving a Neurodiverse Community with Discordant Views on Autism 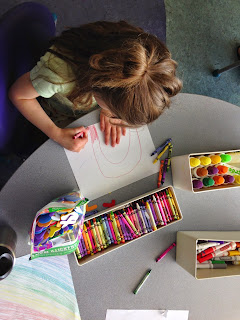 by K. Yeates, May 3, 2015
Leo Kanner, a child psychiatrist a Johns Hopkins University, first used the term “autism” in 1943 to describe 11 children who displayed a set of similar symptoms: lack of social skills, unusual body movements, and rigid routines. Although some of the children were verbal, all had serous learning challenges and lacked social skills to utilize their speech to communicate well with others.
A year later, in 1944, Hans Asperger; an Austrian pediatrician first described patients with similar symptoms but with proficient language use and without serious learning impairments. Although Asperger syndrome was termed at roughly the same time as autism, it was not widely heard of in the United States in the early 1980s (Ozonoff, Dawson, & McPartland, 2002). The similarities between Asperger’s and autism were striking, but this led to divisive opinions as to whether they part of the same disorder. Asperger’s disorder was added to the DSM-IV (Links to an external site.) in 1994 under the umbrella term of pervasive developmental disorders (PDDs), characterized by impairments spanning all areas of functioning: social reciprocity, communication, and repetitive behaviors and interests (Young & Rodi, 2014). However, The DSM-5 released 2013, disposed of Aspergers and PDD-NOS and replaced those diagnoses with just one category, autism spectrum disorder (ASD) (Young & Rodi, 2014).
What makes these terms and diagnostic criteria relevant to our society is that they no longer apply to a small group of children, like Dr. Kanner first described. ASDs have quickly moved from being the subject of rare curiosity to becoming a mainstay in the areas of education, healthcare, insurance, and mental health policy. In 2000, the US Centers for Disease Control reported that 1 in 150 children had been diagnosed ASD. In just 10 years, the prevalence grew to 1 in 68 children (Centers for Disease Control and Prevention, 2015).
Even for people who don’t have an immediate family member with ASD, developmental disabilities have a wide reaching effect. ASDs affect all racial, ethnic, and socioeconomic groups. And the issues faced by those with autism affect far more than 1 in 68. Recent studies show roughly 1 in 6 children in the United States has some form of a developmental disability, ranging from mild disabilities such as speech and language impairments to serious developmental disabilities, such as intellectual disabilities, cerebral palsy, and autism (Centers for Disease Control and Prevention, 2015).
For policy makers or individuals who still doubt the relevance of autism, the economic cost on families and for society is undeniable. Individuals with ASD have higher medical costs on average and intensive behavioral interventions for children with ASD average $40,000 to $60,000 per child, per year. The estimated societal costs of caring for children with ASD were surpassed $9 billion in 2011 (Centers for Disease Control and Prevention, 2015).

The Discordant Realities of Living with Autism

The autism spectrum has widened to encompass a large range of characteristics. Those who represent this spectrum may be considered profoundly disabled or only affected to more mild degrees. Additionally, there are many adults who have an incredible range of unique talents that they claim are inextricably tied to their diagnosis of Asperger’s or autism. What used to appear as a rare, severe and one-dimensional disabling condition is now the purview of a diverse and discordant community.
This leads to many unanswered questions that face the future of funding for non-profits, educational services, progressive policy and advocacy. Where do we draw the line between viewing ASD as a gift, difference or disorder? How can we advocate for changes while respecting the diversity of the autism communities? Is it possible to advocate on behalf of specific policy changes or represent an autism group or organization without alienating another group of individuals who are affected by autism at a varying level?
In order to have a glimpse at the range of voices constitute the range of autism perspectives, I have chosen three short videos that show some common realities of life with autism:

Current Trends and their Divisive Forces

Rates of autism and the demand for services show no sign of slowing down, which could lead many policy-makers to question the work of the scientific researchers who receive grants from non-profits, the same nonprofits who are already under fire for spending funds on scientific research to investigate autism. Many self-proclaimed autistics see this work as a move to eliminate" or eradicate the core of their identity and therefore undermine their humanity. Conversely, the opportunity of Increase Demand certainly exists. This challenge that faces the services and non-profits working with autism are “The legitimacy and effectiveness challenges” (Salamon, 2012).
Also facing scrutiny for its legitimacy and efficiency. Increasingly stakeholders are asking: what are these large non-profit autism organizations accomplishing and are they even employing people with autism within their organization?
Philosopher Paulo Freire speaks on the extensively on representing groups who are marginalized or oppressed, but he stresses—like the young self-advocate in the first video—the importance of including the views and voices of those with autism, not just well intentioned politicians, parents or allies. Freire states, “One cannot expect positive results from an educational or political action program which fails to respect the particular view of the world held by the people” (Freire, 2000).
Finally, I believe that there is some hope and accord offered by author and autism self-advocate John Elder Robison in his address to Autism Social, Legal, and Ethical Research Special Interest Group (Links to an external site.) at the 2014 International Meeting for Autism Research (IMFAR):
“I don’t believe the question is ‘who’s going to speak for them.’ I believe the question is, ‘when are we going to develop science to let them speak themselves?’ Everyone who lives with autism experiences suffering. You look at me and I look articulate, but I suffer, in some way, every single day. I think that the duty of scientists is to develop tools in this context to relieve and remediate discomfort and suffering. It is NOT to develop something that is called “a cure,” which has the ring of getting rid of us. If we can focus on relieving suffering and maximizing capability, and when we open up a dialogue and recognize that autistic people stand with other significant recognized minorities in America, then we can begin to talk about changing society” (Robinson, 2014).
I believe that both Freire and Robinson share a very crucial idea. We need to enable for all within a community. This dialogue is imperative for the formation of meaningful programs and for successful policy-making. Perhaps we should start by truly listening.